For those of you in our home state of Michigan please consider attending the Holy League at Assumption Grotto in Detroit. These events are helping change the face of Catholicism by bringing more men back to the Church and becoming better Catholics. If your Church doesn’t have one, please talk to your Priest about starting one.

New: Men’s Holy League in Detroit, Michigan – Every Second Saturday of the Month

I was pleased to hear from an NLM reader who told me of the Holy League that has just begin meeting at Assumption Grotto in Detroit every second Saturday. (The church is located at 13770 Gratiot Avenue.) The structured Holy Hour for men at 6.30 pm will be followed by Holy Mass (EF), after Mass there is coffee and fraternity.

They met for the first time this past Saturday and I heard it was a great success, with over 50 attending. It will continue each month through the year.

Through Adoration, Confession, the Rosary, and fraternity, the Holy League looks to strengthen men spiritually during these troubling times. It looks to the model prayer by which the virtue and chivalry of men was strengthened when Europe was under threat from Islam in the 16th century and which contributed so much to the great victory at the Battle of Lepanto. The 21st century Holy Leagues have begun under the patronage of Cardinal Burke.

Incidentally, it strikes me that this model of forming people who are capable of engaging with the modern world virtuously and courageously is very much in harmony with that described by Pope Benedict XVI as a method of evangelizing the culture as part of the New Evangelization. In his little paper on the subject, written in 2001, he describes how each of us must first pray, and then, through grace, be transformed in Christ. The pattern of prayer which he describes is a liturgically centered piety, a balance of liturgical and para-liturgical prayer and devotions prayed with others, and personal prayer. It is only the transformed person who is capable of communicating indirectly, through the noble and beautiful way he behaves and interacts with others, that which is embodied in Christ. We persuade others not by telling them, but by showing them who we are. We can transform the world (to use the heading on the Holy League flyer above) if we are first transformed ourselves. 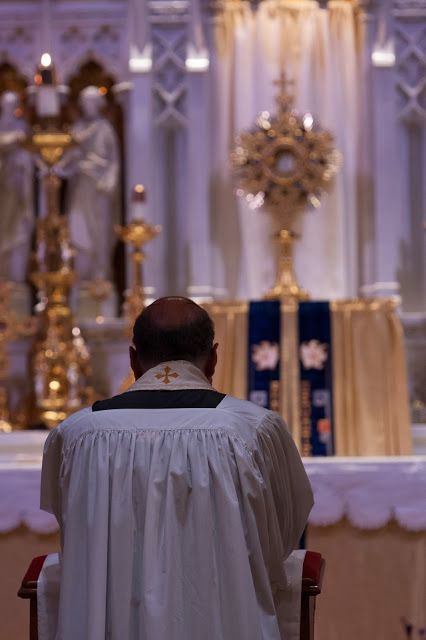